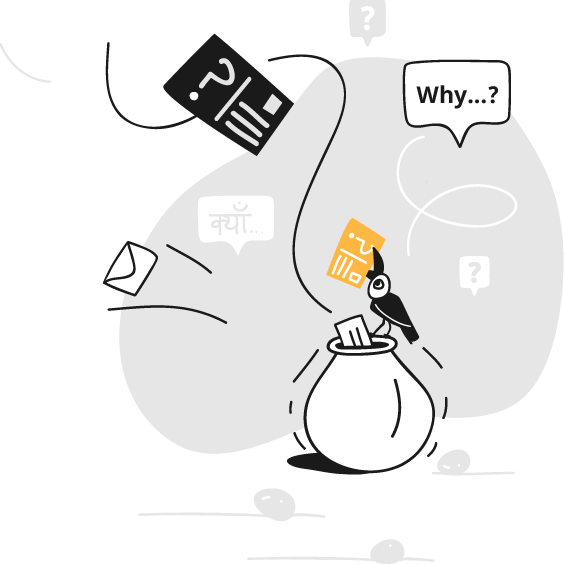 It was 1972 and a group of scientists, university academics, graduate students and school teachers were gathering in the village of Rasulia, in the Hoshangabad District of Madhya Pradesh State. They wished to develop an active, inquiring and experiment-based science program, a curriculum that was rooted in rural India.Their efforts led to the landmark 'Hoshangabad Science Teaching Program (HSTP)', one that was implemented in the next 30 years over large tracts of the State.'

HSTP and its 'Bal Vaigyanik' ('Child Scientist' in Hindi) textbooks offered children many opportunities t o observe, experiment and investigate their surroundings. As a result children came up with a host of intriguing questions which they and their teachers naturally lacked the resources to handle. Thus it was that 'Sawaliram' was born. The year was 1978.

Over the decades that followed tens of thousands of children sent postcards and letters to Sawaliram and were rewarded with personalised replies by volunteers. A few hundreds of these questions and answers were published in magazines.

The trend of responding to children's questions caught on in other places. In Mumbai, at the Homi Bhabha Centre for Science Education, the 'Shanka-samadhan' ('Curiosity satisfied') program addressed questions mailed in by children. In Kerala a group of scientists, engineers and writers got together in the 1960s with an aim to develop scientific and technical literature in Indian languages. By the start of the 1970s the 'Kerala Shastra Sahitya Parishad (KSSP)' was publishing magazines for children and responding to their questions. KSSP's ideal of a 'People’s Science Movement' was adopted by popular groups in other States of India, leading in 1988 to the 'All India People's Science Network', in which many groups have run their own Q&A programs in different Indian languages.

The magic of children's questions has touched many, among them a few well-known Indian scientists who took it upon themselves to call for children's questions and answer them through personal letters. Today many science institutes, universities and colleges conduct outreach programs with Q&A sessions. In classrooms as well, students may ask questions.

The Sawaliram website is built as a repository for all of these questions which are being continually asked by children over the years. Sawaliram provides a home where children's questions can be submitted, viewed, answered, queried and analysed. Significantly these questions give us all: parents, educators, curriculum makers, writers and researchers, a glimpse into the rich and multifaceted world of the child.

The Sawaliram website is collaboratively developed and maintained by the Tata Institute of Fundamental Research (TIFR Centre for Interdisciplinary Sciences), Hyderabad, and Eklavya, an NGO based in Bhopal, Madhya Pradesh.