This is a fable based on real life. - Debashree 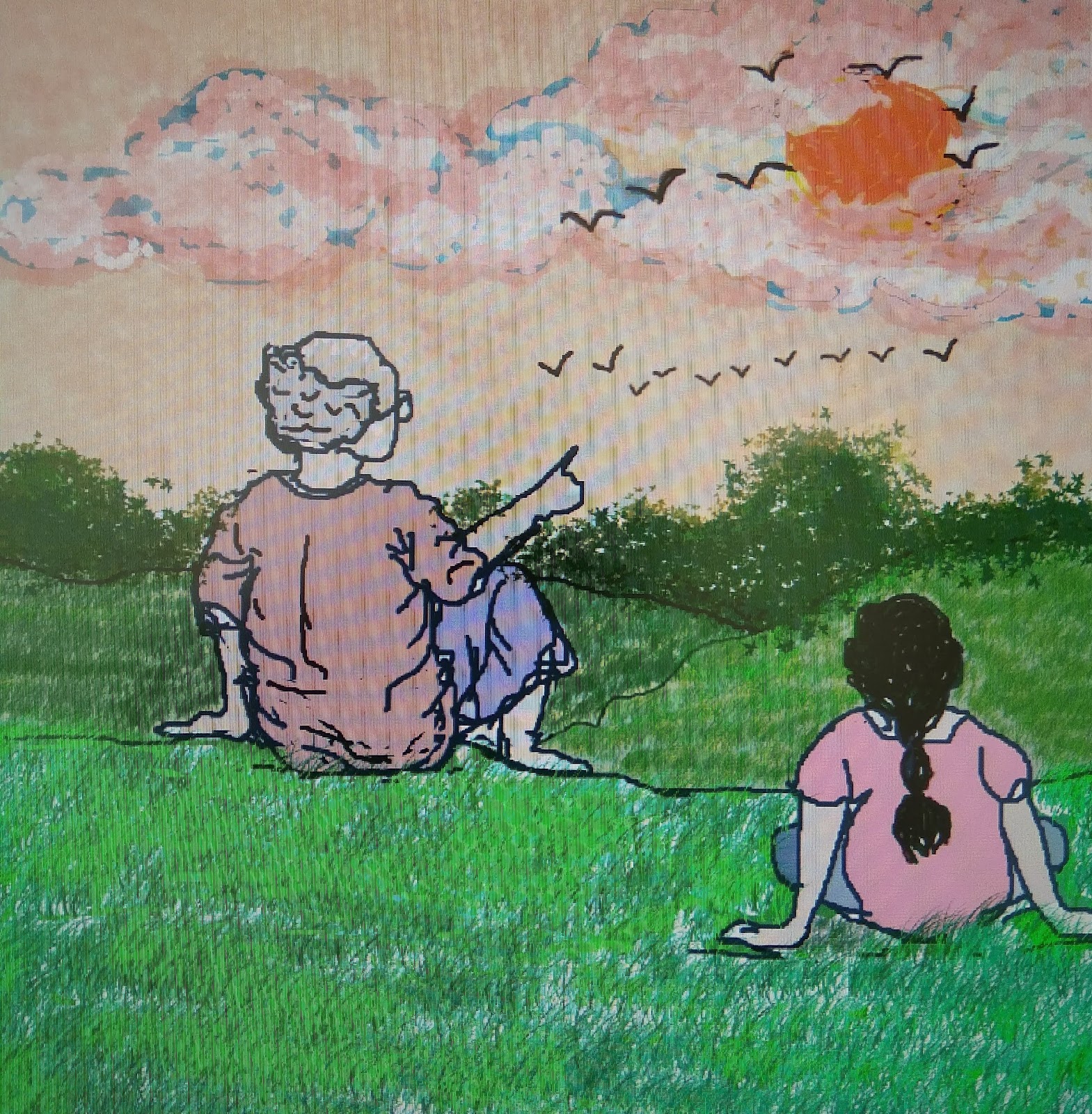 It was an evening like any other. I was routinely carrying out my household chores, mind full of disconnected thoughts that jumped from the meaningless prattle of the TV show anchor, to pending jobs at office, to the parenting session that I attended last week. Just then the loud ringing of the doorbell broke my trance. “Who is it Ma?”I asked my mother-in-law as she opened the door. It turned out to be my father-in-law’s distant uncle, whom I had never met before. Walking out of the kitchen I was greeted by a tall white-haired gentleman holding a walking stick, standing at the doorstep with a bright, toothless smile on his face. His deeply tanned complexion had fewvisiblewrinkles. He had a slightly bent posture and walked with a slow, steady gait. His diminishing eyesight hinted at his age to some extent: not completely, as I learnt, thathe is 92 year old and usually travels alone! He spent an hour with us, enjoyed a cup of tea with snacks, made lively conversation with the family, and blessed us warmly while bidding goodbye.

How can someone live so independently at 92?I could not stop wondering.

That evening this sprightly old gentleman amazed us with his fascinating life experiences during the British rule, his part in the freedom struggle, the post-independence times and his keen observations of present day modern India.Such a sharp memory!Being a biologist by training I wondered how neuroscience might explain this phenotypic contradiction with the well-accepted theory of increasing dementia with aging1. In my exploration, I stumbled upon various articles and scientific papers which reiterated the bottom-line fact that,if we keep on fuelling our brain with something, biological aging will be more adaptive2,3. This ‘something’ could be new people, new places, new technologies or new books; this urge to know more is what we call ‘curiosity’. This idea is aptly captured by an oft-quoted proverb, sometimes attributed to Socrates: “Age may wrinkle the face but lack of enthusiasm wrinkles the soul”. The tendency in aging is to extinguish all urges to know about new things or people and so, along with natural biological aging, we tend to also ‘condition’ our brain towards gradual decline in curiosity. We cannot control the biological aging process, but this brain conditioning can be controlled and changed!Older people too can nurture a healthy urge to explore.So, even as we age, let’s live life with enthusiasm and keep fuelling the flickering flame of curiosity. 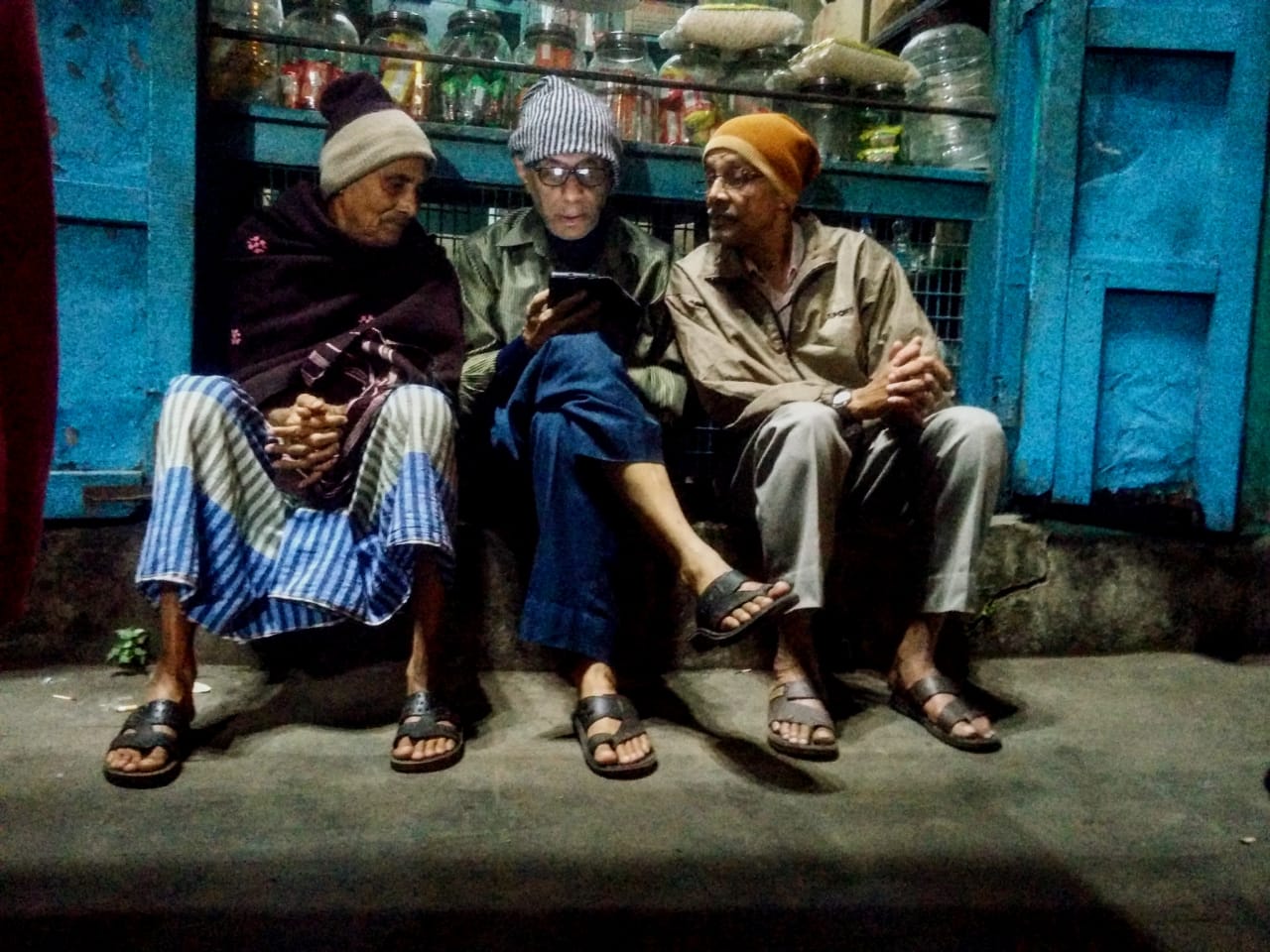 Coming back to our 92 year old guest, it seemed almost incredible to us that he was moving around on his own and relishing his old memories. Why did he need to walk 5 kilometers just to visit some remote relatives? At this age shouldn’t he be quietly resting in his bed, as we have seen most elders do? But no! He is happier to get more curious with age, to explore, meet new people and add to his experiences. His example strikingly matched a neuroscience research report on “super-agers”, carried out by a group of investigators at the Harvard-affiliated Massachusetts General Hospital (MGH)4. Quite simply, these researchers showed that, though in general the parts of the brain which are typically linked with many thinking abilities shrink with age, some people whom they tagged as “super-agers” retain the size of these brain parts, comparable to those of young people. In terms of memory and other cognitive functions too these “super agers” perform as well as middle-aged or sometimes young adults. Another neuroscience study4showed that curiosity and interest enhances memory in older adults. Curiosity during old age creates a positive feedback loop which keeps the brain healthy and free from age-related deterioration, which in turn boosts memory and further triggers curiosity for new knowledge2 Curiosity supports healthy aging by maintaining a youthful brain.

The short visit of a “super-ager” guest drove me to explore research papers in neuroscience, and altogether changed my perceptions towards aging. I wish that you all will keep alive the child-like curiosity within you and age adaptively.